We spent 4 days and 4 nights in Vientiane, Laos, arriving on the evening of September 23rd from Luang Prabang, Laos and leaving on the afternoon of September 27th. The flight from Luang Prabang to Vientiane was short and affordable. We considered taking a bus, but it would have been 10-12 hours and cost only about $25 less per person so we decided a comfortable flight sounded much better. The Luang Prabang airport had a small lounge with drinks (non-alcoholic) and food, as well as fast WiFi which was nice. We ate lunch there, did some writing, and then we were on our way!

Vientiane is a much bigger city than Laung Prabang which we expected since it’s the capital of the country. To our surprise though, most things were cheaper since it isn’t as touristy as Luang Prabang. Food cost us less and street food was much more prevalent. We stayed in a great location only about 100 meters from the night market and an awesome view of the Mekong river with wonderful sunsets every night as shown in the picture above.

Among other activities we did there, including seeing lots of Temples, we also had the unique opportunity to go to the “COPE” visitors center and learn more about the Loatian people who have been affected by unexploded ordinances (UXO) aka bombs dropped during the American-Vietnam war. We spent quite a bit of time at the visitors center which we found both fascinating and terribly sad. We had no idea how many bombs were dropped on Laos during the war and how many unexploded ordinances are still scattered throughout the country. Two million tons of explosives were dropped on the country of Laos between 1964 and 1973. Between 10-30% of those small bombs did not explode on impact. Since the bombing ended, an additional 50,000 people have been killed from these explosives which are now buried below the ground. Many more have lost limbs from stepping on or hitting one of the bombs when planting crops. The COPE center helps provide prosthesis to these people in need. Whitney and I are considering returning in the future and volunteering at the facility which also provides physical therapy services for these individuals.

Stay tuned for Whitney’s next post about all of our other adventures on this part of the trip, but for now I’ll focus on the expenses incurred while in and around Vientiane. Keep in mind that all of the expenses that I’ll talk about below are my expenses only, since Whitney and I have quite different spending habits. We split all shared expenses evenly, so my half of the shared expenses and then my individual expenses are how I calculate the numbers below.

Accommodations: Our four nights in Vientiane were at an AirBnB Guest House that was pretty similar to the one we stayed it in Luang Prabang. It had six separate efficiency style apartments in a three story building with front desk staff available at most times of the day and night. This one also had daily housekeeping services as well which we appreciated. There really isn’t anything I would have changed about our stay there. The price, the location, the amenities, and the staff were all exactly what we needed for an enjoyable stay in the city.

Food and drink: As mentioned earlier, we got a free meal at the Luang Prabang airport before arriving in Vientiane, and then we also ate for free at a Bangkok airport lounge after a connection flight when leaving our last day. That meant only three full days of food and drink while in the city. We enjoyed the street food options and found that we could get big chicken or pork skewers at a vendor right near our AirBnB for 5,000 kip (58 cents) or chicken fried rice/chicken pad thai for 10,000 kip ($1.15). Two skewers and some chicken fried rice were a perfect dinner for me after the gym in the evenings and only cost $2.30 total. We did eat out at restaurants a couple times and ate awesome sandwiches at a coffee shop one afternoon which was a little more expensive than the street food. The only downside of our AirBnB was that bottled water wasn’t included, so we had to buy bottled water from the store. This was more of a nuisance than anything and not really a big expense since the 1.5 liter bottles of water only cost us about 35 cents each at a convenience store near our place.

Transportation: The flight from Luang Prabang to Vientiane was much cheaper than the flight from Chiang Mai to Laung Prabang even though the flights were about the same length of time and distance. Being able to get a plane ticket for $47 and the flight only taking one hour was much better for us than spending $10 on a bus and riding in a cramped space for 12 hours potentially. We have found all of the Asian airlines to be very efficient with extremely friendly staff, which is amazing to me considering how cheap the flights are compared to the US. Besides the flight, the only other things we spent money on for transportation were taxis to and from the airport. The furthest we had to walk to anything that we wanted to see was about 2 miles and we were fine with that even though the heat was brutal around midday.

Activities: Most of what we wanted to see in Vientiane were the temples in the area. Some of them were extremely ornate and worth the very cheap entry price. We went to a museum that was located in one of the temples as well. We spent quite a bit of time walking along the Mekong river which runs along the city and separates Laos from Thailand. And we went to the COPE visitor center as mentioned above which has free entry but we made a small donation.

Besides the sights, we got two day passes to gyms in the area. One of the gyms was more outdated with half of the equipment outside and no A/C, but the owner was very nice and he actually won the Mr. Lao 2015 bodybuilding competition which was cool. The cheap day pass reflected the lack of amenities and only cost us $1.15 each. The other gym was much nicer and very modern with new equipment, WiFi, and A/C. Even though it was double the price of the gym, it was still well worth the $2.30 we paid to workout there ;).

My total expenses for 4 days and 4 nights in Vientiane, including accommodations, transportation, entertainment, and food were approximately $134!

Running total for entire trip to this point (my expenses only): $3,372.

We headed to Chiang Rai, Thailand next, so stay tuned for my next update. At that point we were already about halfway through the total trip which is hard to believe. Keep an eye on the Facebook page where we are posting much more frequently about the trip as well as our favorite pictures! 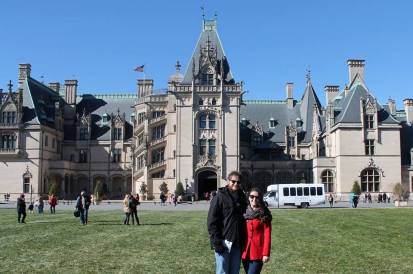 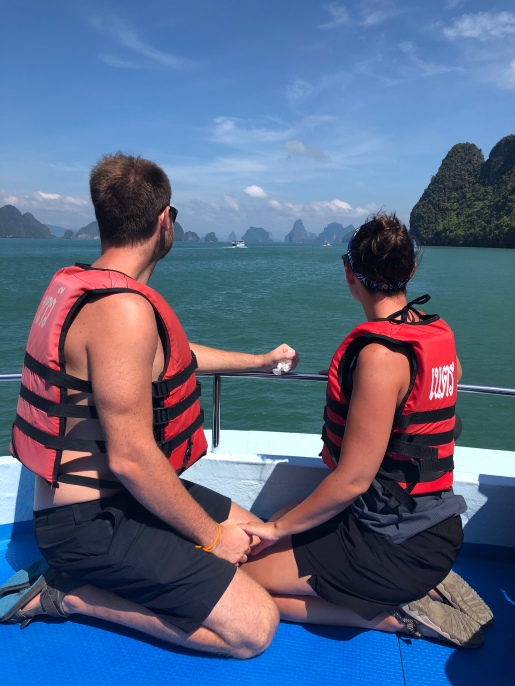 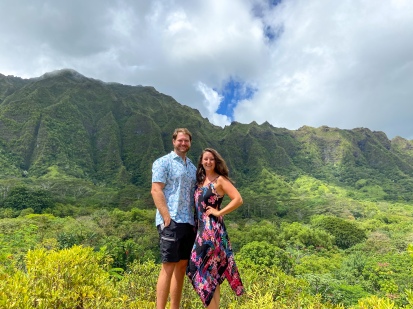