We spent all of November traveling on our trip around the world. Although our most expensive long international trip, this one has been my favorite. I’ll be writing about my total expenses once we get back home. I’m pretty sure I’ll spend more in 9 weeks on this trip than in 5 months traveling around the world in 2018 or 4 months in Europe in 2019. Part of that is due to traveling to more expensive places this trip but also due to wanting more comfortable accommodations than in the past. In 2018 and 2019 when we were trying to be much more cost conscious, we’d often stay in private rooms in people’s homes on Airbnb, but now we’re almost exclusively staying in private apartments, condos, or hotels.

We’ve had a great mix of adventure, work, and rest on this trip. We’ve made new friends and got to meet up with old friends as well as some followers in various places. We’ve also seen some of the most amazing sights of our life, many of which were during November. We started the month in Athens, Greece before heading to Egypt, Dubai, Singapore, and ended the month in Australia. Some of the major highlights from the trip this month were the Egyptian museum in Cairo, the pyramids in Giza, and snorkeling/diving at the Great Barrier Reef. The Egyptian museum is a must for anyone visiting Egypt. We spent about 4 hours there with a guide but could have easily spent an entire day and probably still not have fully taken everything in. The pyramids were one of the more mind-blowing things I’ve ever seen. It’s truly impossible to describe just how big they are and how much effort must have gone into building them. We got to go inside several of the pyramids which was a bucket list experience for me. The Great Barrier Reef was also mind blowing. It’s the only living organism able to be seen from space, occupying a total area about equal to the size of Japan.

It was an action packed month, but we still stayed on top of most of our business duties– all except for live videos which have been hard to coordinate with the massive time difference and occasionally spotty Wifi.

Income from our websites (FifthWheelPT and Travel Therapy Mentor) for November was slightly lower than October but slightly higher than September. Not record breaking by any means but still very good especially for a month spent completely out of the country. For the year as a whole, we’re going to be very close to doubling last year’s revenue which is crazy. Besides 2020, revenue has increased by 2-3x each year since starting FifthWheelPT in 2016. 2020 was somewhat of a fluke with Covid, but even that year was 50% higher than 2019, so still not bad at all considering. Each year I think there’s no way it can double again, and each year I’ve been wrong. I have no idea how long it will last. It definitely seems like 2022 should be the last year of big growth, but I’d love to be wrong again.

In November, my expenses were very high. Pretty close to Alaska levels of spending due to splurging on meals, accommodations, and activities on our trip, but still less than I would have thought. I’ll be doing a full summary of all of my expenses on this trip in early January when we’re back home. My fixed costs back home continue to remain very low overall. Our townhouse is surprisingly efficient with heating and cooling, which keeps electric and gas bill much lower than I had anticipated. The HOA is only about $100/month, which is a steal considering it covers landscaping, snow plowing, roof replacement, parking lot maintenance, and a pool. My biggest expenses back home while traveling are property taxes which are due twice per year.

All said and done, my savings rate for November was at about 70%.

The S&P 500 was up again, this time 5.38% in November. There have been many people calling the bottom of the market over the past couple of months with these gains, but I remain skeptical. P/E ratios are still very high for historical norms, and although inflation seems to be steadily declining, equities don’t appear to be at all pricing in a potential recession. Markets seem to believe that after inflation is slain, the Fed will go back to QE and risk assets will tear higher again. Personally, I think those days are over for the foreseeable future. My crystal ball is a little cloudy though, so we’ll see.

Bitcoin was down 16.26% in November which was pretty painful. This drop was related to the blowup of FTX which caused all of crypto to get hit pretty hard. I don’t follow what’s going on with exchanges very closely, but this disaster seemed to have caught almost everyone off guard. Unlike equities, I think the bottom may actually be in, or very close, for Bitcoin. It’s always impossible to predict, but with so many negative events in 2022 pushing prices down, I find it hard to believe that the worst outcomes aren’t already priced in. We’ll see what happens in coming months, but I continue to slowly dollar cost average into both an S&P 500 fund and Bitcoin each month in case both are at or near bottoms now.

My net assets decreased by 0.5% in November, due to the big drop in Bitcoin, despite a healthy savings rate and the S&P 500 being up. Amazingly, my net assets as of November are at exactly where they were at the beginning of January. With all of the turmoil in both equity and crypto markets throughout 2022, I’m very happy with that. Having a high income and large cash cushion has really blunted the impact of the downturn in markets this year. My net assets are currently equal to 54.4 times my average yearly expenses.

In December, we’ll spend most of the month on an epic road trip driving around New Zealand before heading back home just in time for Christmas. The road trip is going to mean really high expenses, but we’re also anticipating our highest earning month ever in December, so it should balance out. If you want to see and hear more about our trip, follow us on Instagram & Facebook where Whitney regularly updates with some awesome photos!

How was November for you financially? Let me know in the comments! 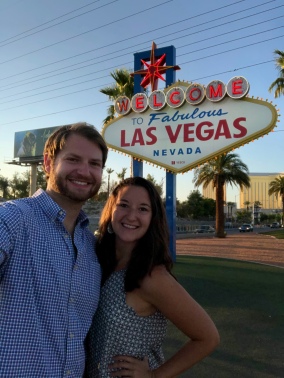