Today I’m bringing you a guest post by my 19-year-old brother. This is his blogging debut. When I asked him to write a post about the trip to Aruba we took in December 2017 for his graduation present, I was anticipating a play by play of all the fun we had. What I wasn’t expecting was that he would blow it out of the water and tie it in so well with the financial independence theme. I’m really proud to call him my brother, and this post is just icing on the cake. Check it out below.

Hi, my name is Joe Casazza, and I’m Jared’s younger brother. I’m going to be writing about my recent trip to Aruba with Jared, and how someone like me (who’s a little more on the confused side of how Jared and Whitney pull it off) was completely brought onboard to the financial independence hype, and the magic that comes with it. 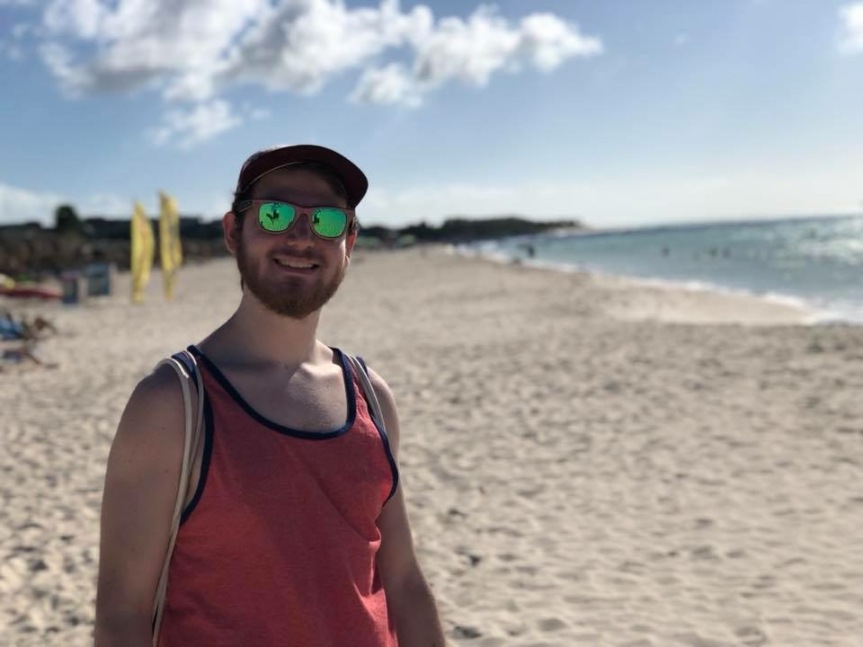 I graduated from high school in June of last year, and like any young adult, I was ready to get out of there and start the next chapter. With Jared being gone so often I like to spend as much time with him as possible when he’s in town, so I was glad he was able to be there for my graduation. On the way to lunch after leaving my graduation, stuck in traffic, Jared sprung the news on me. We would be leaving for Aruba the week before Christmas. He had revealed to me how he had been planning this as a graduation present since February and how excited he was. Now I’m a relatively monotone person when it comes to excitement, but after initially assuming he was messing with me like any older brother does, I can say I was thrilled. I had never been further than two states away from home within waking memory, much less out of the country. As soon as we got home that day, we booked the flight (free with miles from credit rewards), and an Airbnb that would end up being the perfect price and location. This would be my drive for months, through my summer job and my first semester of college (woo). My reward for my hard work, a nice trip at the end of the year.

A College Kid on a Budget

Like all college students living on their own out of town, I’m the definition of broke. I was worried how I would manage with college classes, so I didn’t even get a job to supplement my expenses. As December came closer and closer, I realized I might not be able to even afford to go, despite the fact that most of the up front expenses were covered by Jared. In natural Jared fashion, he helped me earn some cash from the credit card and bank account rewards that he advocates for so much. This would secure me just enough spending money for the week and ease my nerves. I’ve never really been on a trip where I had to cover my own expenses, so I didn’t know how much I would need or what to expect.

The day had come, and I was ready. A quick three-hour drive to get to Charlotte, NC for our flight, and another 4ish hours to fly to the island. Immediately I was awestruck with how beautiful the island is, and I think I always will be. From the airport we got a ride form the owner of the Airbnb we were staying at for $10, which we learned would be the cheapest ride you could probably get on the island. Aruba lives off tourism, so naturally there were probably more people visiting than there are people who live there. This mass tourism combined with the importing of almost everything to the island made things expensive. This was a challenge for Jared and I for how we would value our purchases. Half of you wants to splurge and say, “screw it we’re on vacation,” but the other frugal side reminds you that its not a good idea to spend the equivalent to $2.50 for a 16oz Coke. This was the beginning of how Jared would finally win me over with his mindset on money.

With my already limited resources, it was important to balance price with enjoyment. Food on the island was expensive, but if you sacrifice the tourist mindset of “I have to try all the expensive local cuisine,” then the value of your dollar can take you pretty far. Places near the tourist resorts like fast food and American chains offered good deals on something to eat if you paid attention and planned out where you were gonna go. The grocery stores there are a little pricey, but if you’re trying to cut cost even further by eating in a few nights, you can definitely find a few good deals. Transportation was another dilemma for us. Since I’m not as fitness oriented as my older bother, naturally I wanted to rent a car or take a cab around the small but spread out island. Once again with saving cost in mind, Jared convinced me otherwise. We ended up walking over 50 miles in our 6ish days of being there, and although I’m far from in shape, I enjoyed it quite a bit. (Except for the last 9 miles we decided to walk to the airport… with our bags.)

Finally, entertainment-wise options were limitless, and spending money was more or less optional. Not sure if you’ve heard of them, but there are these things called beaches that were completely free to go to. In all seriousness, the beaches were the real star of the trip above anything else I talk about. Whenever I looked at a picture online or at a postcard of some far-off land, it never really hit me the way it did when I stepped onto that beach for the first time. I felt like a 17th century man being introduced to the internet: I didn’t know how to react at all. Naturally, this filled 90% of our recreational time there, and the best part is it doesn’t cost any money to enjoy it. Our late afternoon time was spent wandering the shopping areas, the resorts and their casinos, and just walking back and forth between our place getting a unique view of the life of the locals and how it blends into the chaos of people there enjoying their vacation. Lastly, if you insist on trying out the casinos, there are different events like dollar blackjack where you can enjoy the pastime without the risk of breaking the bank. 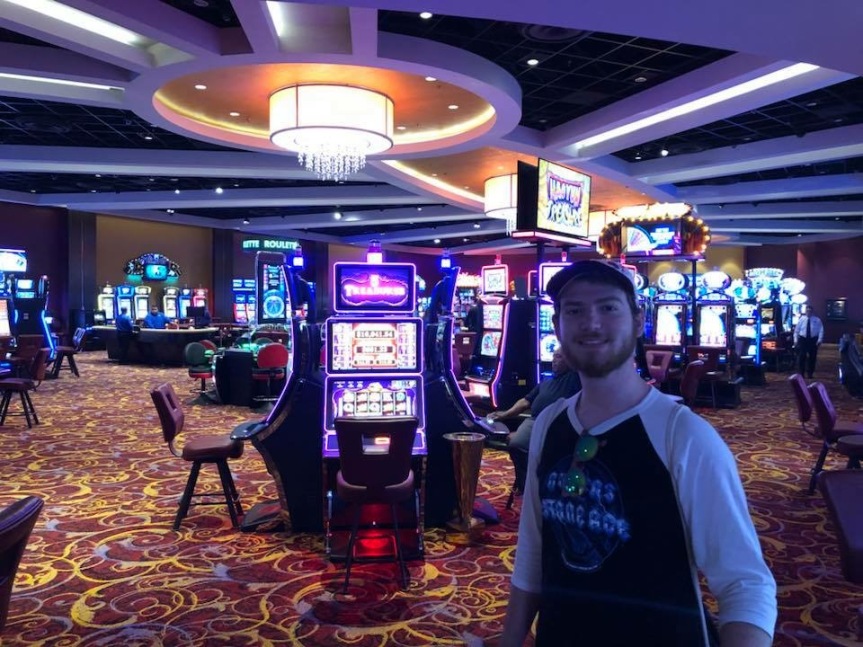 Learning a Lesson on Travel Hacking

Ultimately, this trip taught me two very important things. First, vacationing doesn’t have to be expensive. That’s something I’ve heard form Jared and others, but I just assumed there was always a little star at the end with the statement “in relativity to income.” Now I know even a broke college student like me could go on an awesome vacation even on my own with the right credit card rewards and the patience to save my money efficiently. Our total expenses were less than what just the tickets to go would have cost if you bought them in cash.  Second, I learned that I don’t want this to be a one-time thing for me, and Jared showed me that it doesn’t have to be. He showed me that I’m my own decision maker, and I am the only one that can make what I want happen. With discipline, even someone of low income can make a trip like that and much more happen.

A Message For Anyone Who Thinks “I could never do that!”

I wanted to write this post for everyone who may be reading the blog with the thought in the back of your mind that you can’t do what Jared is doing. I’m his brother and I still find myself lost in his ambition, but I can’t stress enough how what he is doing is possible for anyone. Everyone’s situation is different, but the lessons he teaches are almost universal. If a poor college student with no income can manage it, anyone can. 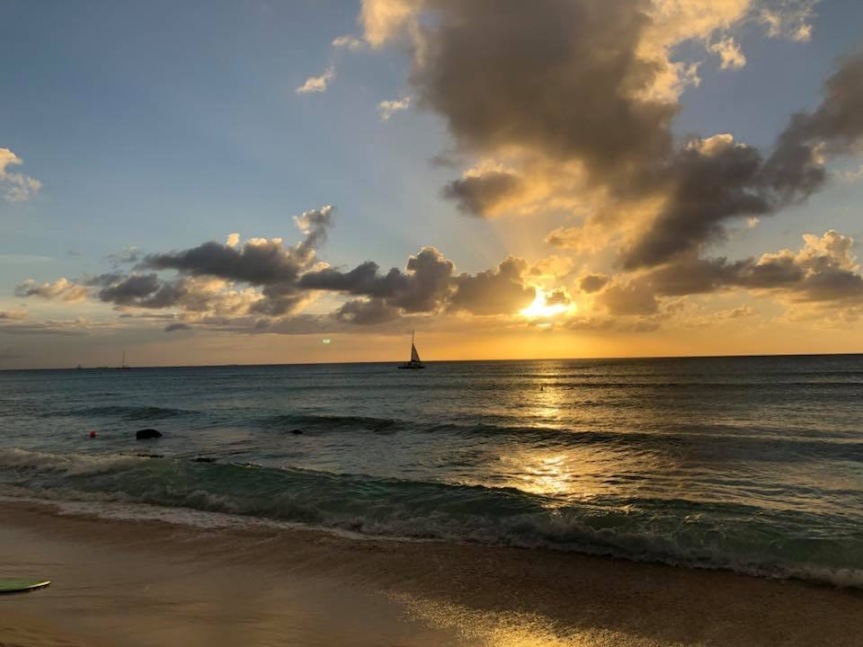 Thanks for letting me take over the blog for one post and share my experience, which will hopefully give a few people some motivation and perspective. 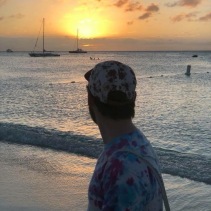 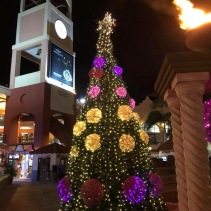 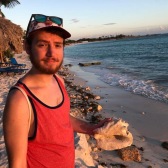 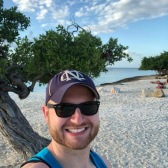 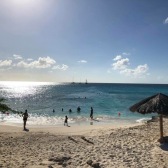 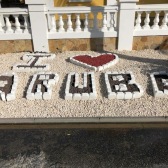 5 thoughts on “Aruba: A Lesson in Travel Hacking” 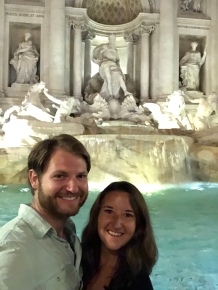 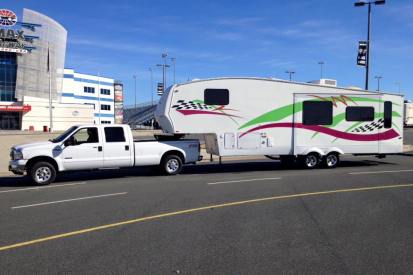 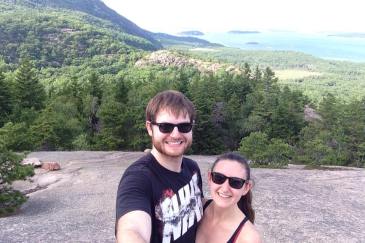 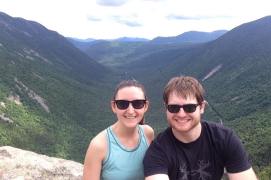 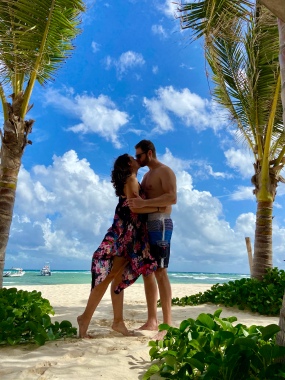